Bowmanville, ON: Gary Klutt took part in both the Pinty’s Can-Am 200 and the Camping World Truck Series held at Canadian Tire Motorsport Park over the labour day weekend.

The Can-Am 200 kicked off at 11:05am on Sunday where Klutt was able to battle through the pack and capture a 6th place finish in the PioneerFamilyPools.ca #59 car.

This was Klutts 6th Top 10 finish of the season that didn’t come easy, “In the first lap I lost my front brakes, flat spotted the front tires bad and lost all of the shims for the front left of the car.” Klutt added, “The rest of the race was a complete battle against an ill handling car, but battling back with determination ended us with a respectable 6th place finish.”

“If it wasn’t for bad luck we’d have no luck at all this year, but I’m proud of the 6th place result… my team had a very solid four tire, and fuel stop, and we’ll come away with our heads held high.” Klutts 8th overall standing keeps him within the Top 10 with 335 points.

Shortly after finishing the Can-Am 200 Klutt was back at it for his second race of the day in the #51 Toyota Tundra racing for Kyle Busch Motorsports in the Camping World Truck Series.

Klutts Truck Series debut was a success with an 11th place finish out of a pack of 32 drivers. After starting in 15th, Klutt was able to keep himself within the top 10 throughout most of the race.

Things took a turn for the worse after a stall on the 34th lap caused Klutt to fall out of the top 20, “It felt like eternity trying to restart rolling down pit road.” The Smilin’ Assassin didn’t skip a beat though as his tenacious driving helped him make quick work of the pack and recapture 11th place where he was able to take home 22 points for the KBM team.

“I had a blast driving from the back of the field a couple of times, and brought the Tundra home in one piece,” said Klutt. When he looked back on this experience Klutt mentioned, “I can’t thank KBM enough for this opportunity and for providing me with such a great team and equipment.”

Klutt has two races remaining in the 2016 NASCAR Pinty’s schedule with stops at Autodrome St. Eustache and the Kawartha Speedway. 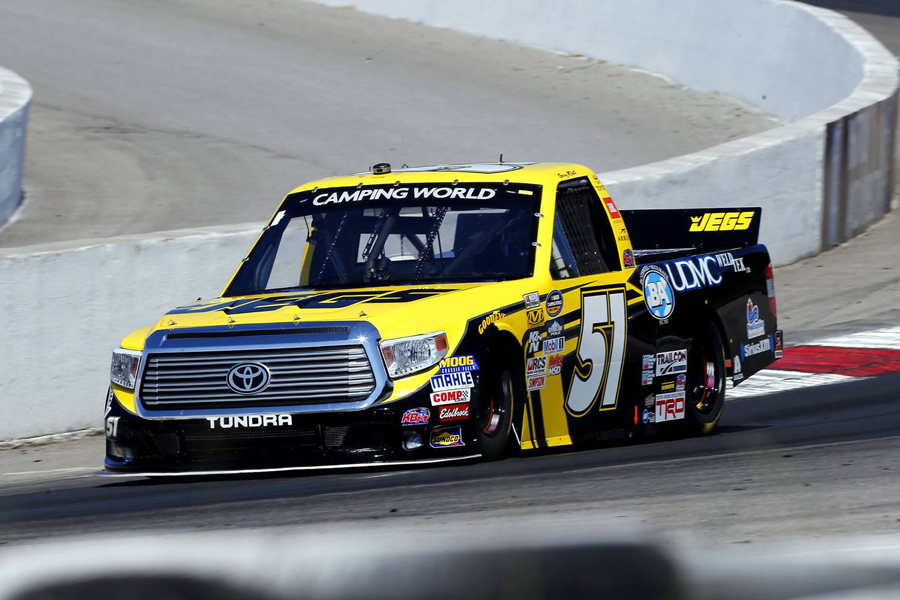 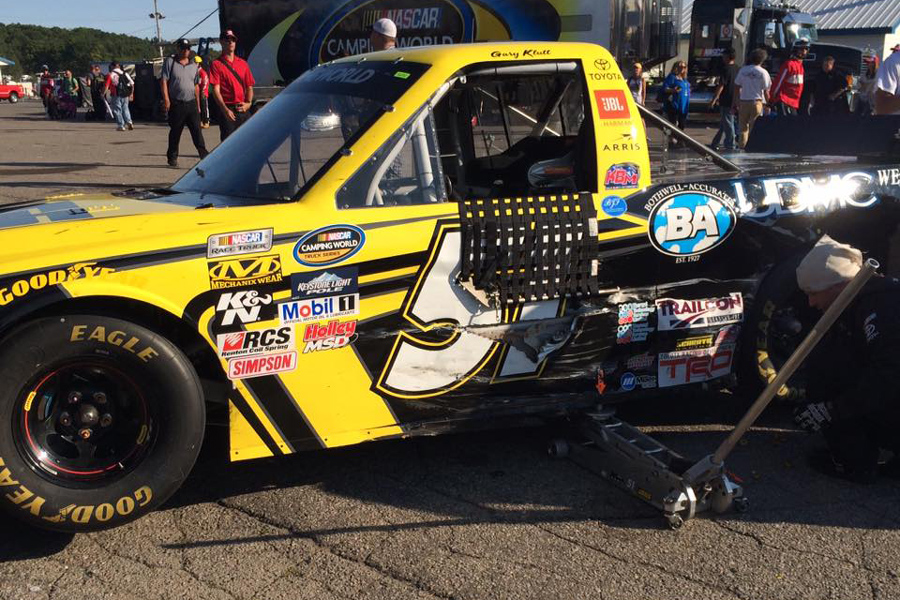 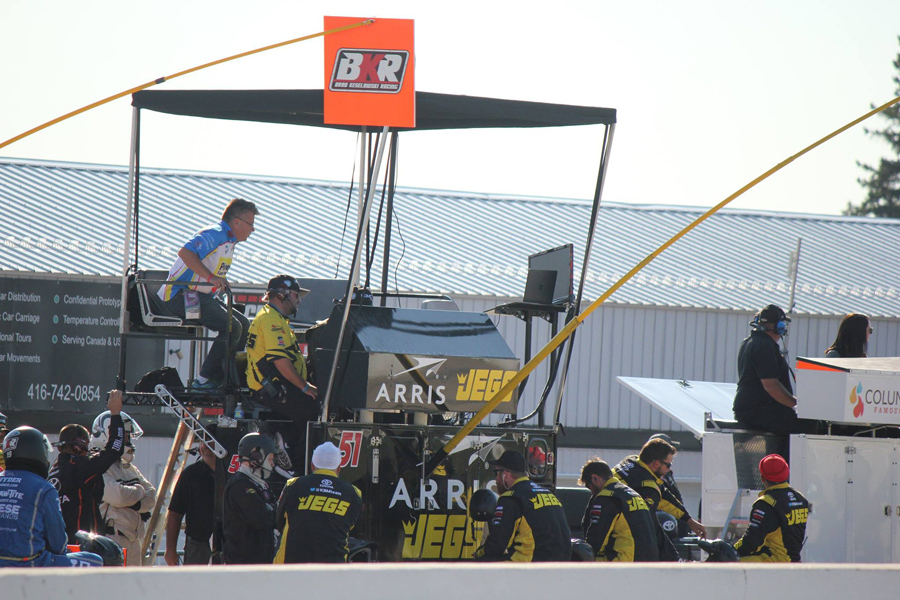 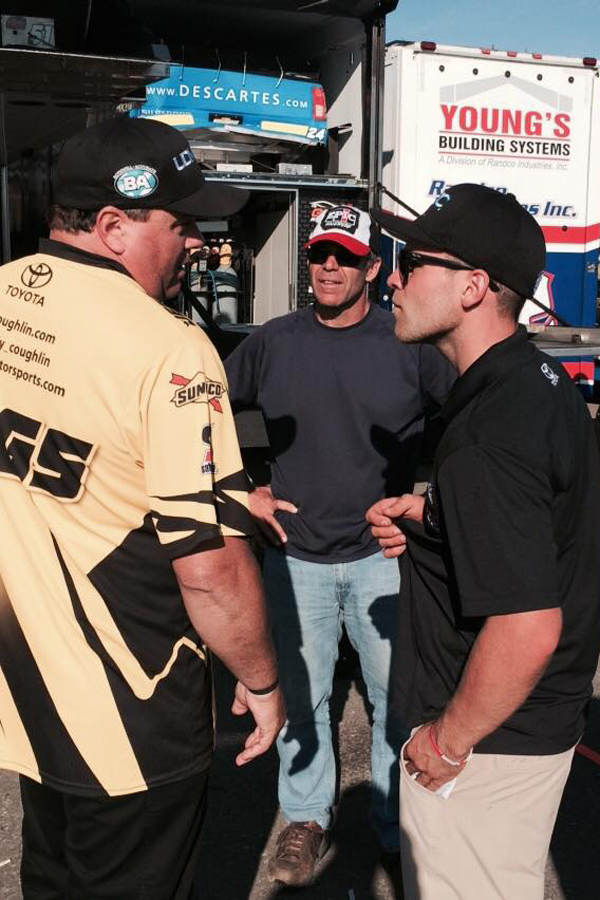 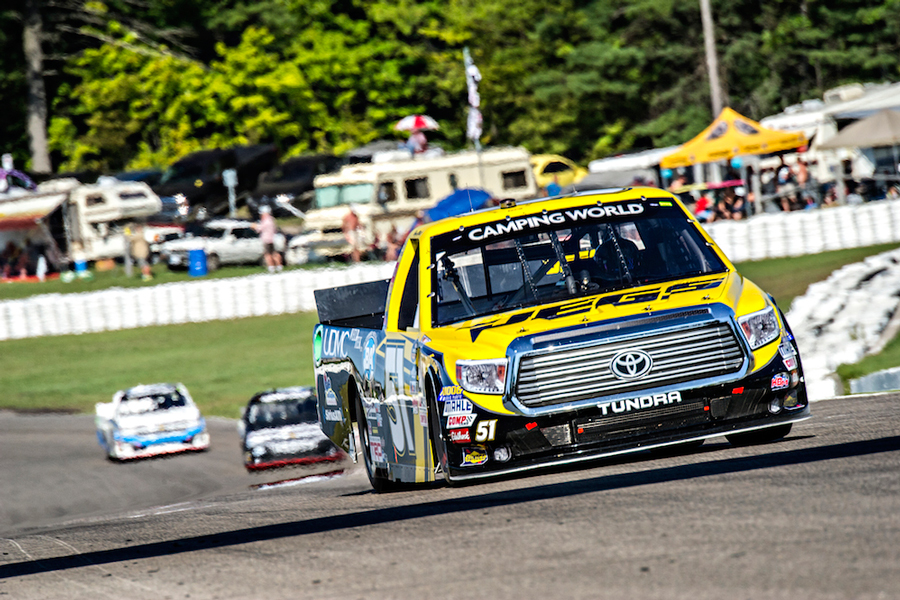 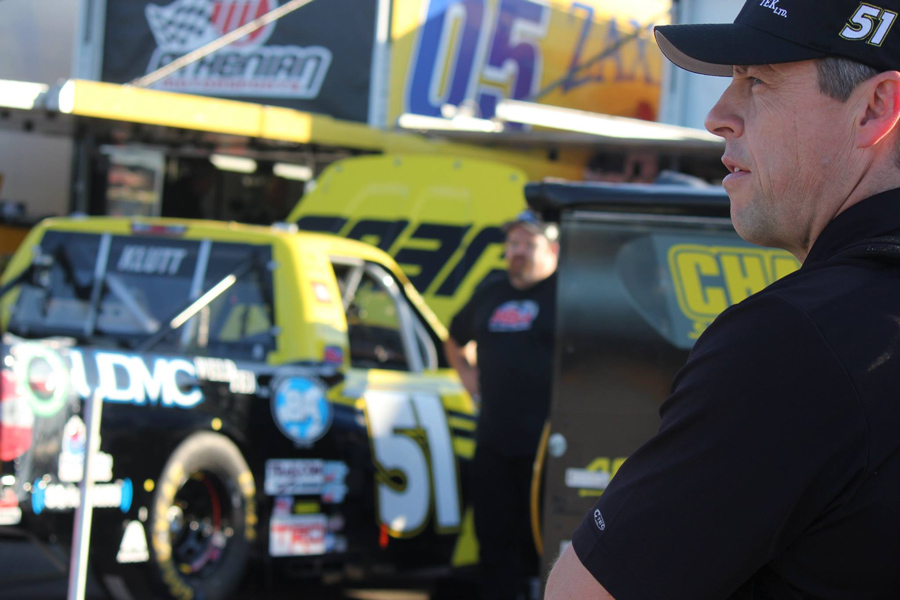 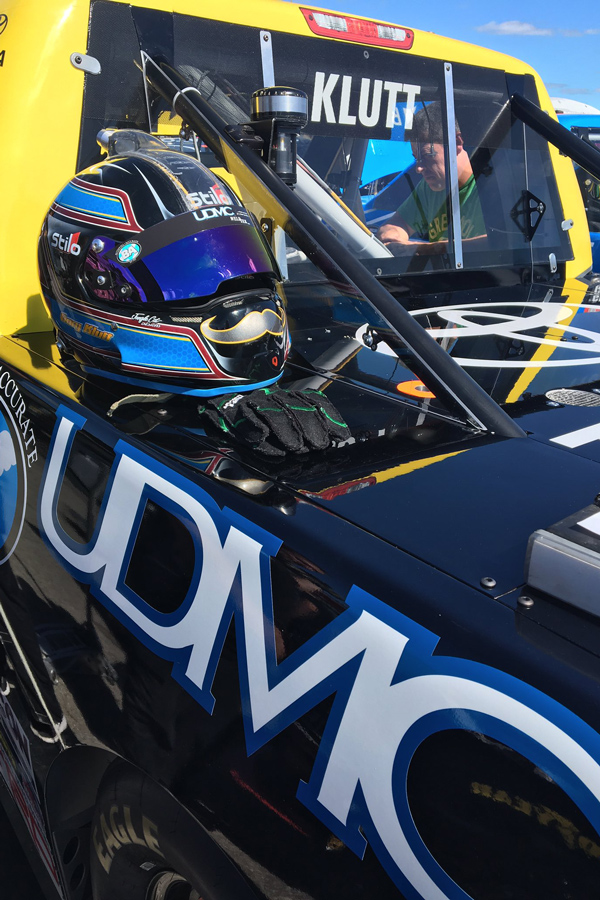 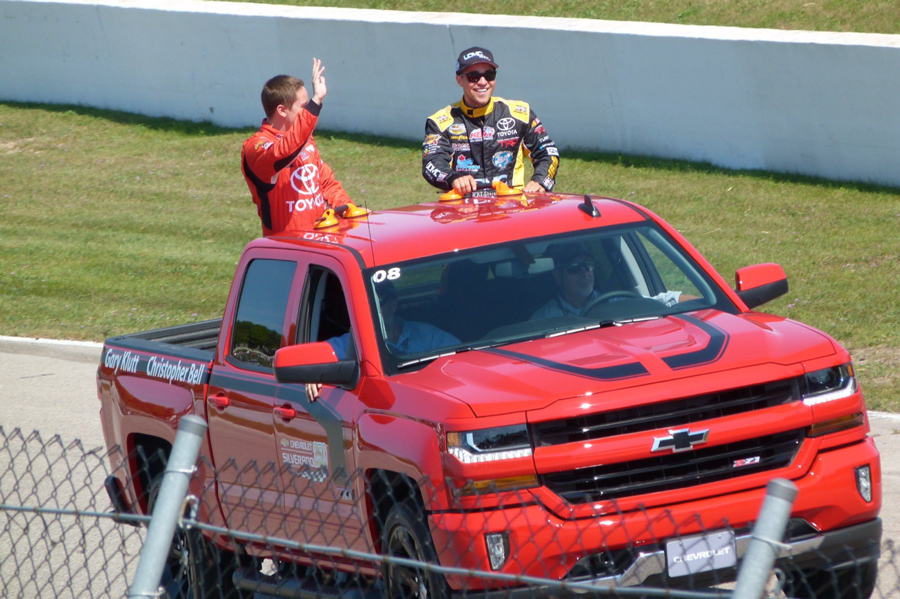 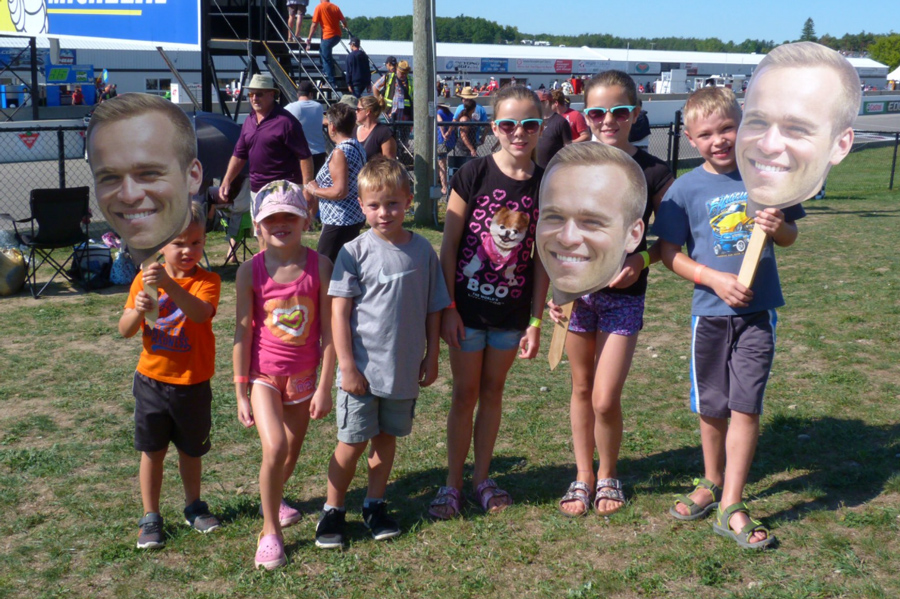 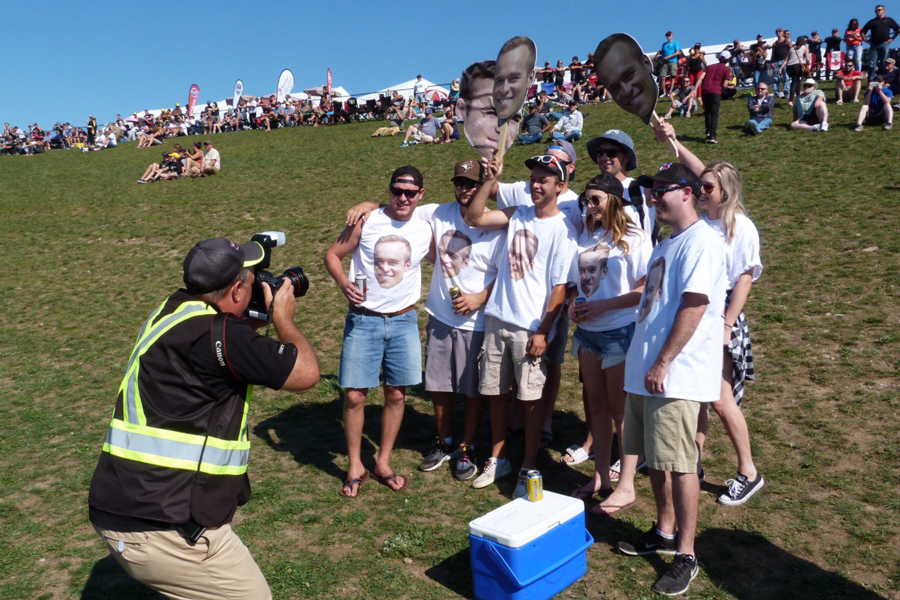 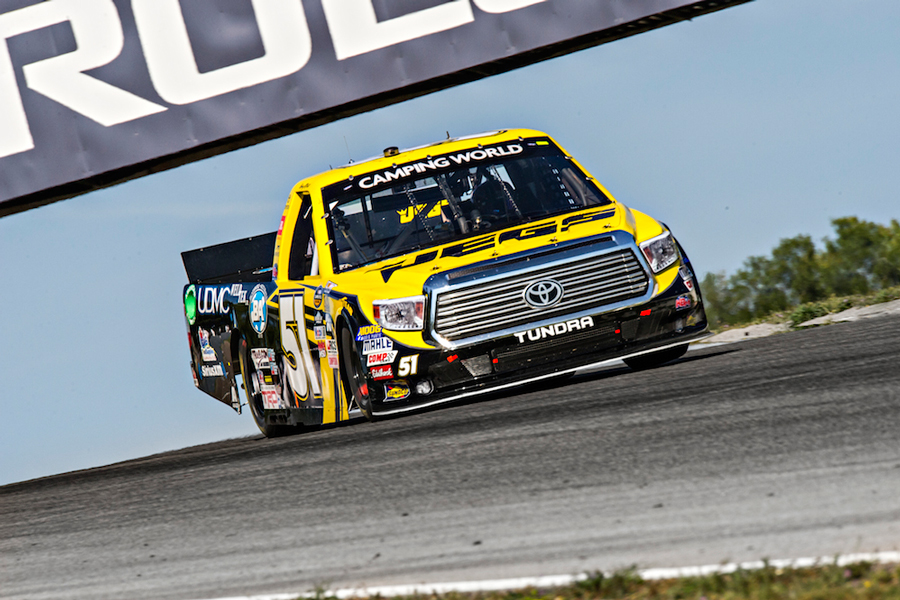 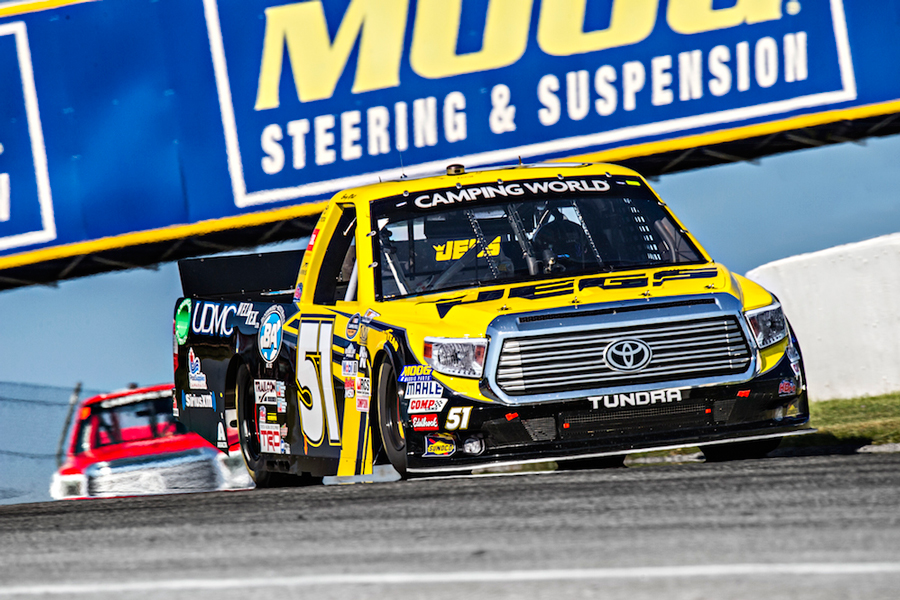 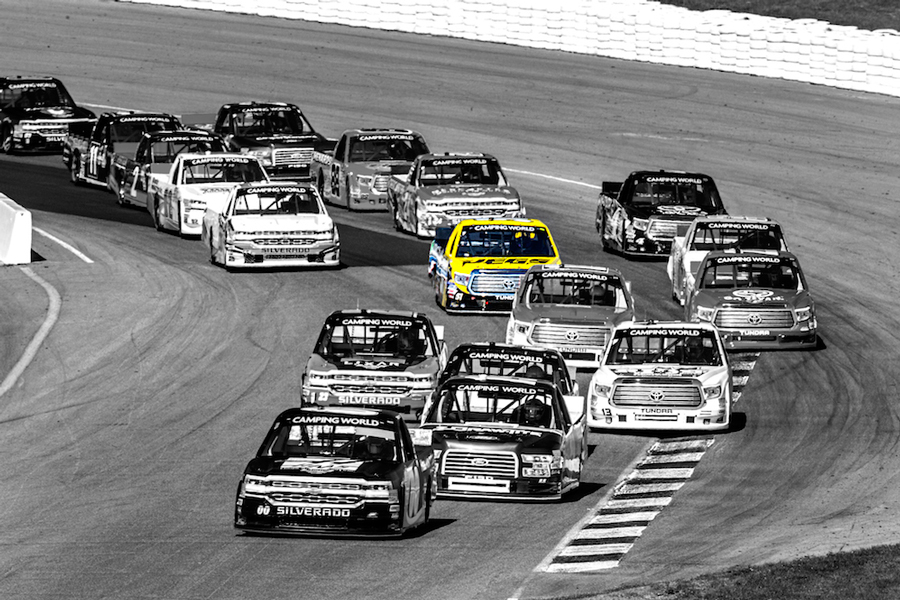 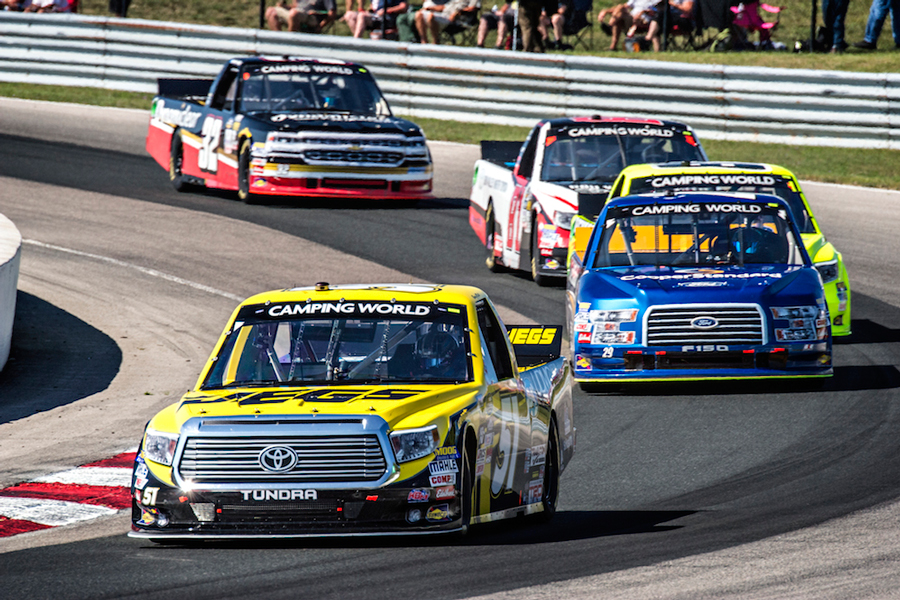 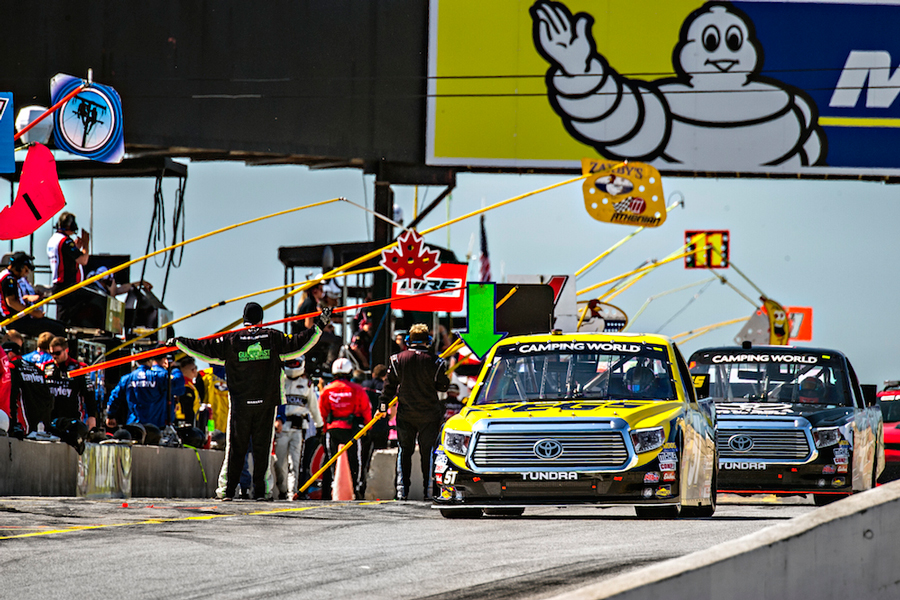 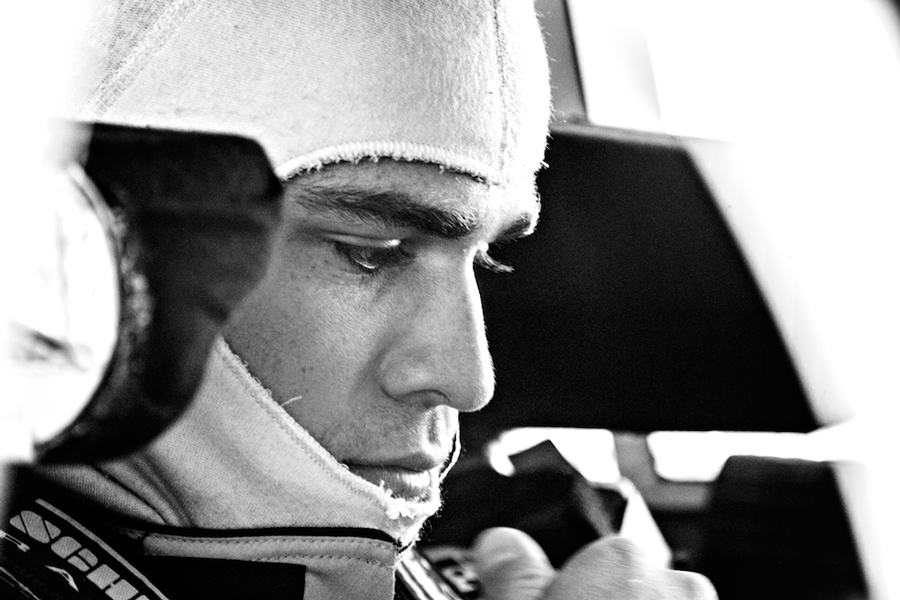 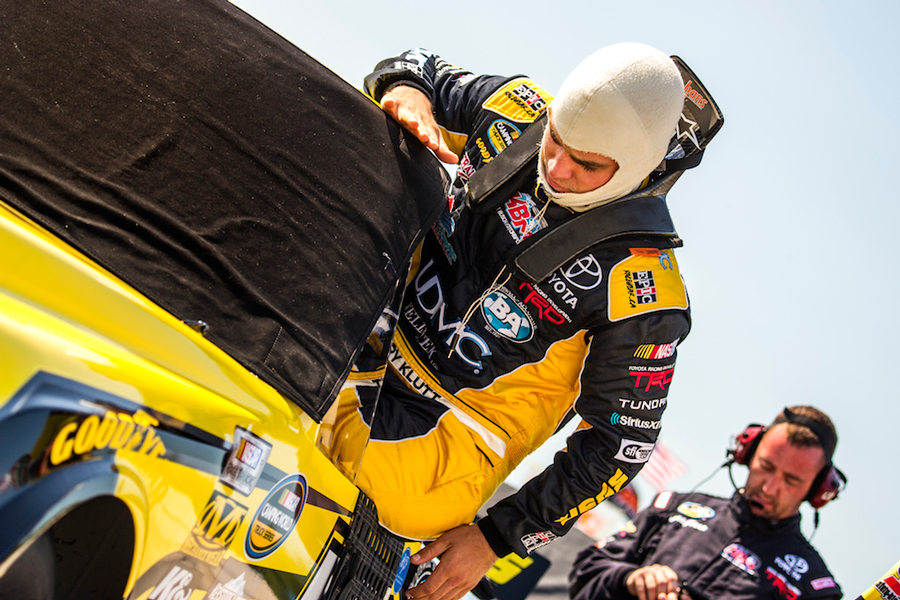 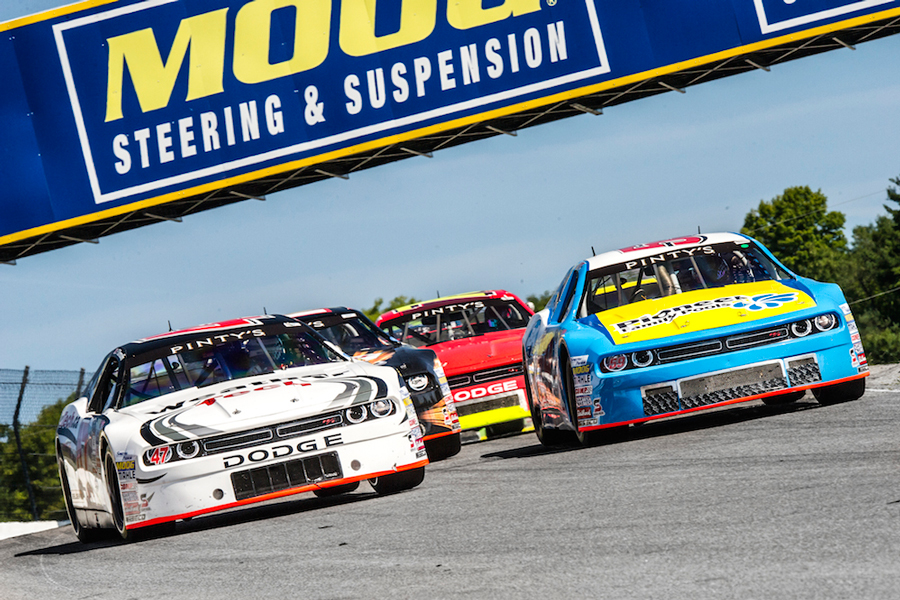 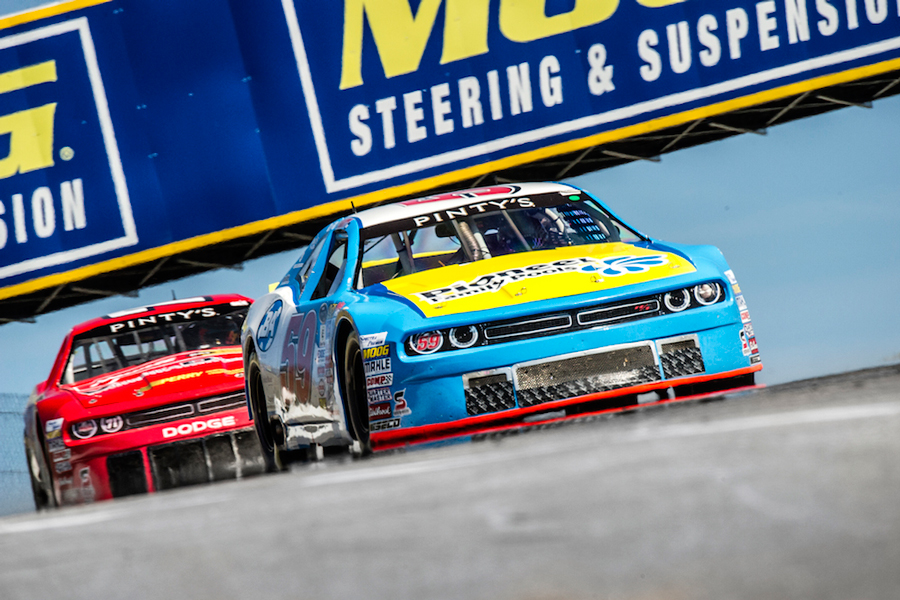 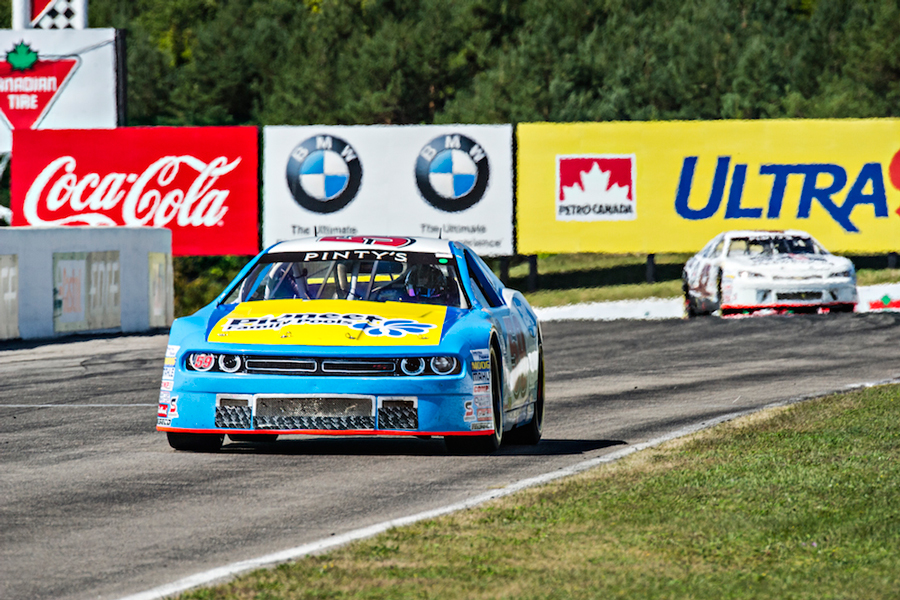 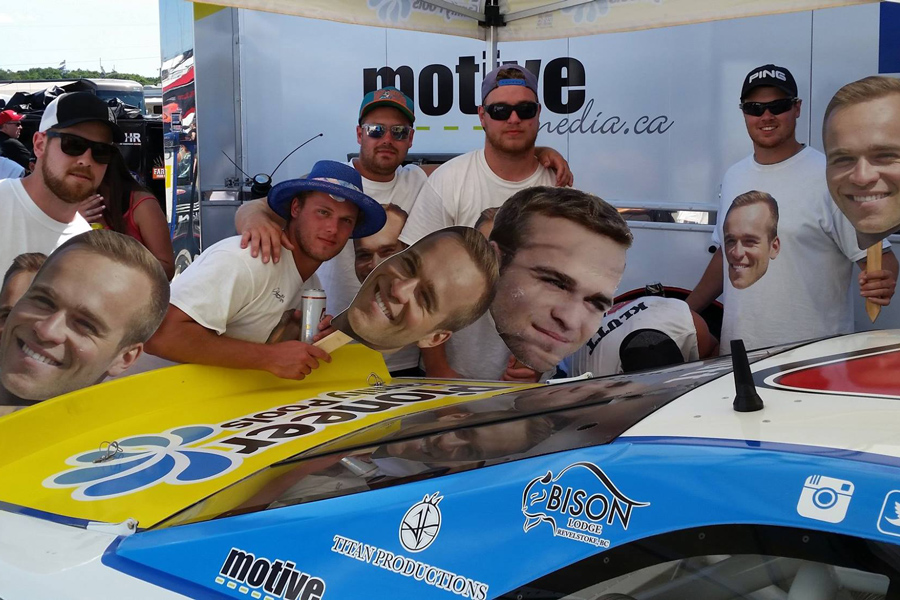 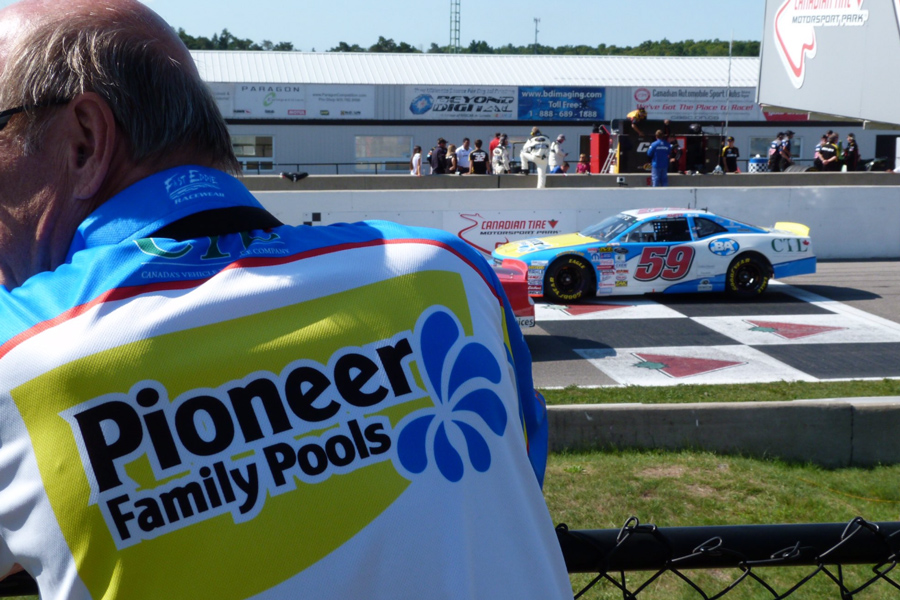