Sanitization is the one of the major components of ensuring that your pool is swimmable for you and your family. There are a few core sanitization options that have truly stood the test of time when it comes to keeping your pool spick and span.

The following shock chart shows you the strengths of each type of product as well as some things you should watch out for. To learn more about a product, click on the product name.

Chlorine vs. Powdered Shock – Which One Will Fight Harder For You?

When you visit us in store you may notice other pool owners walking around with different forms of chlorine. Some are walking around with jugs, some small packages, and others carry chlorine in buckets. Chlorine is often a widely-used term, as it has become the generic label for the world’s most popular sanitizer. Truthfully, chlorine is only available in gas state. Pool chlorine, is derived from this form of gas that has been mixed with other chemicals to form a liquid or solid sanitizer.

The true difference amongst chlorine does not lie in the form it comes in, but rather from being either unstabilized or stabilized. Liquid chlorine and powdered shock have the same active chemical that work to clean your pool, the difference is in the way that you use them. 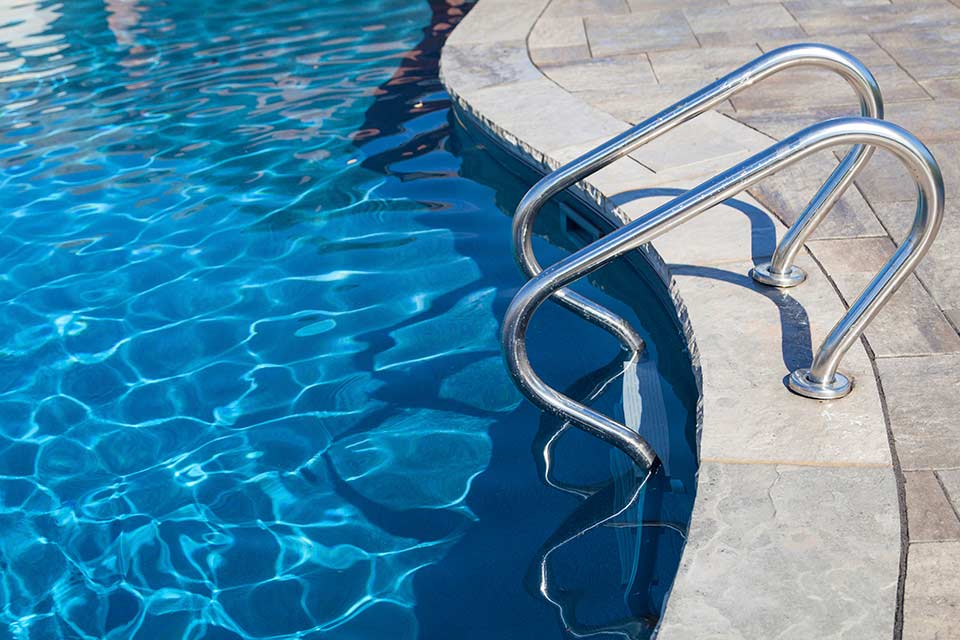 Unstabilized chlorine is used for weekly shock treatments. It is also used to give pools a large dose of chlorine to quickly and efficiently sanitize after heavy pool use or extreme weather. Unstabilized chlorine provides quick, powerful, high chlorine concentration. This format has also proven helpful in controlling algae, destroying organic contaminants and restoring pool water clarity. After using unstabilized chlorine your chlorine levels will be quite high but, your pool will be safe to swim in by the next day. 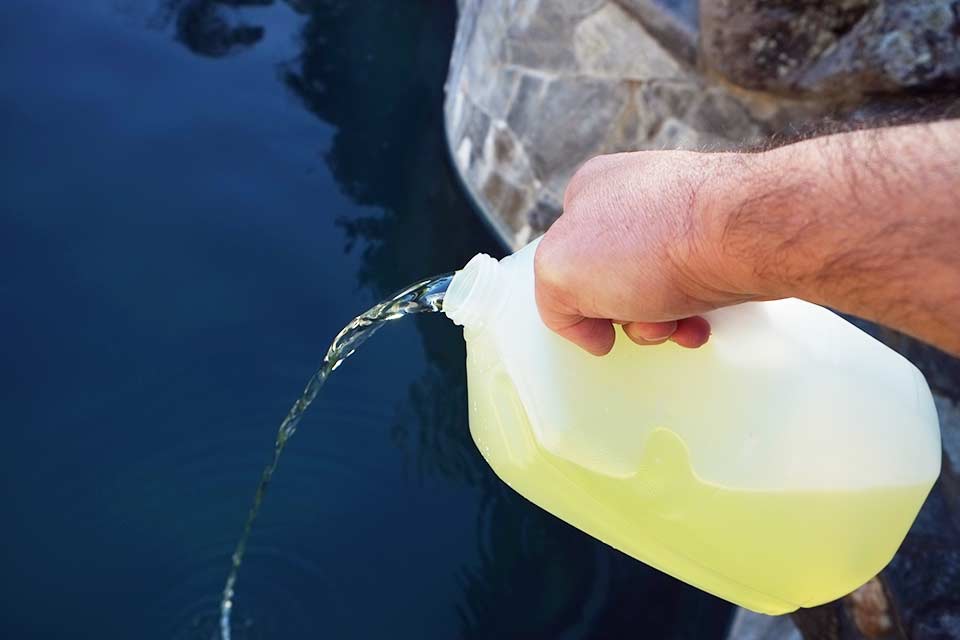 Liquid chlorine and powdered shock are both considered unstabilized forms of chlorine. It is important to note their similarities and differences when determining which sanitizer is right for you and your pool.

Similarly, both forms have a higher concentration of available chlorine than those used in daily chlorination. They also both kill nearly all living microorganisms, bacteria and contaminants with ease. In addition, liquid chlorine and powdered shock will clear your cloudy pool water fast while also helping to control algae. 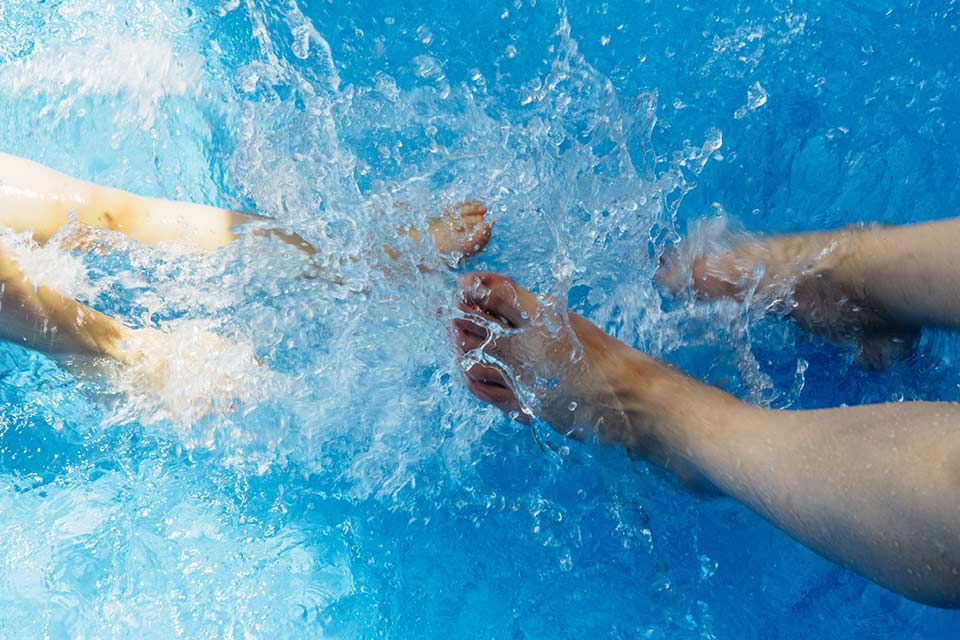 Some powdered shock products can be poured directly into your pool but most of them have to be mixed with water to prevent staining. If there are any powdered shock grains left at the bottom of your pool after a treatment, be sure to vacuum them out as soon as possible.

Here are some of the products mentioned in the guide above. Use them to help you keep your pool crystal clean. 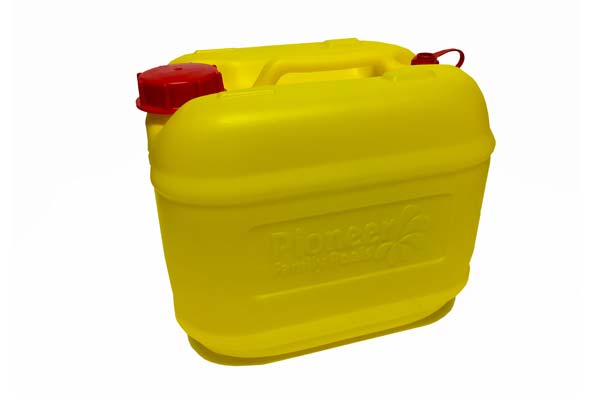 Sold in 10L Safety Regulated Containers. Can be added directly to the swimming pool water without mixing. Apply 3" above water level and walk around your pool to spread it around. 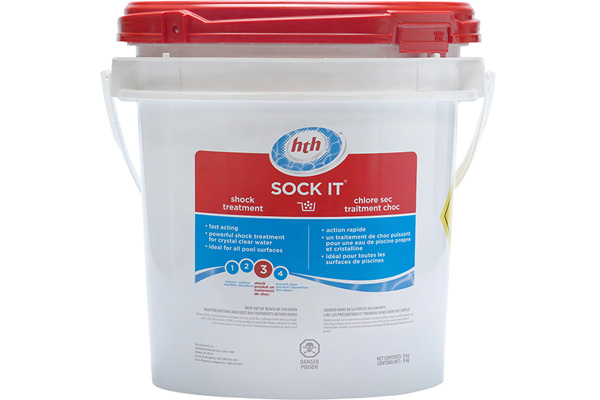 With HTH Granular Sock it Shock Treatment you can give your pool the powerful but safe chlorine shock treatment. Whether you’re looking to control bacteria, algae, or other contaminants, this shock treatment works hard to keep your water sparkling clean. 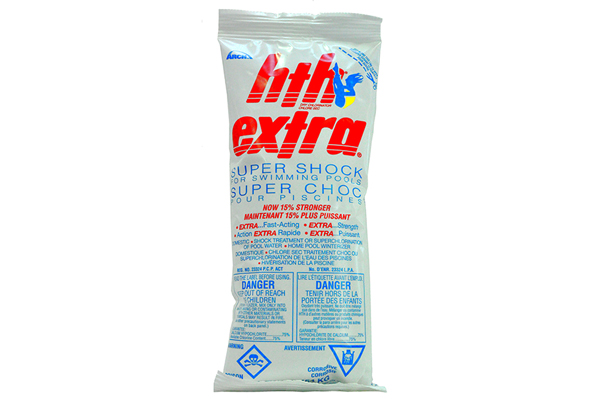 HTH Extra Super Shock Pouch is a space saving, convenient way to shock your pool! This small package of shock packs a super punch to super chlorinate your pool. 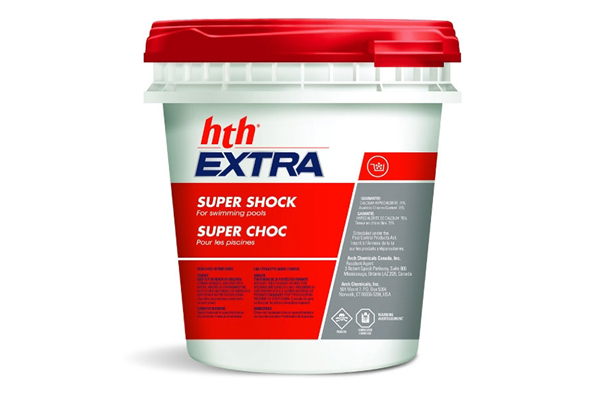 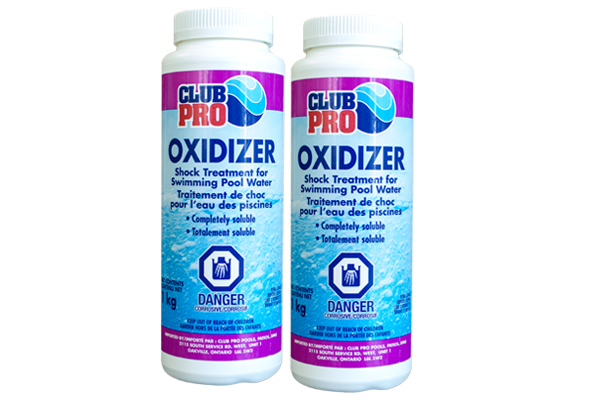 Pool Oxidizer, Generically known as Potassium Monopersulfate, provides a non-chlorine method of oxidizing your pool water. A much safer and less messy way than using an unstabilized chlorine.

Would you like weekly specials, sale events and incentive programs?Sign Up. Save Big. It’s That Simple.

Let's talk about Pools!Our expert team can help you make the right choice.
Pool ShowcaseClick here to view our pool showcase
View all our locationsView the whole Pioneer Family